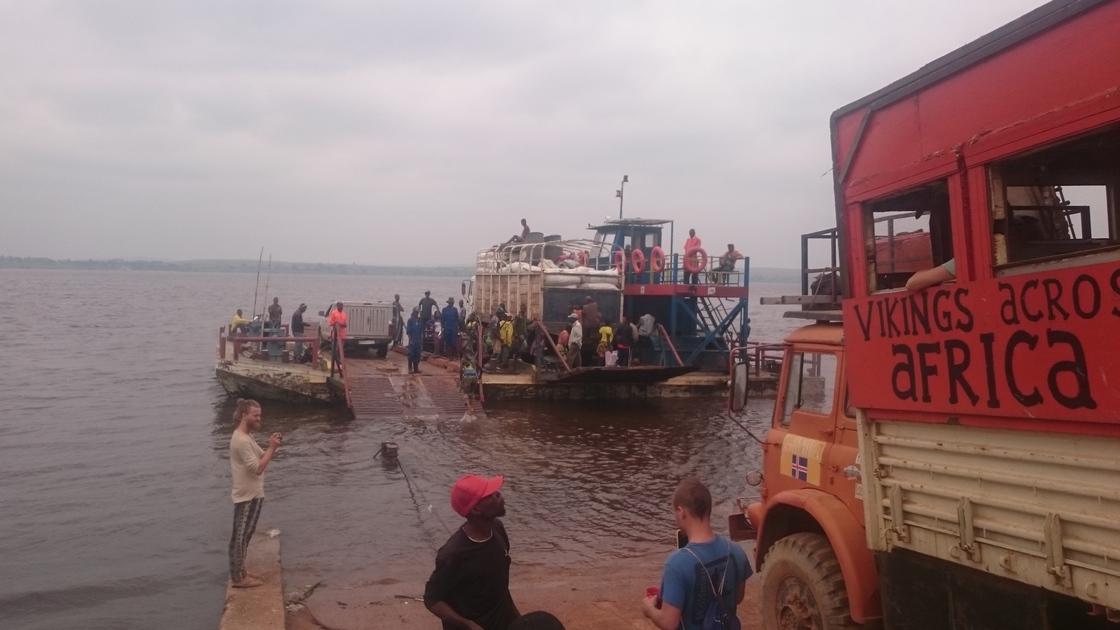 Crossing a lot of Things

To make it to Angola before our visa expires we drive through Gabon, Congo, and DRC in two weeks. This is when we cross the equator and also the Congo River.

The trip didn’t have too many fixed dates and we’re fairly free to adjust things to preference if the group agrees to it. There was however one date out of our control, entry into Angola. Pretty much the only place to get the visa for Angola is in Ghana and they only issue it two months in advance. Since we spent almost six weeks travelling through Togo, Benin, Nigeria, and Cameroon we had only just over two weeks left to cross three countries, Gabon, Congo, and DRC (Democratic Republic of the Congo).

Those two weeks consisted mainly of long days of driving, bush camping, and very little sightseeing. We’re not really missing out on too much though as those countries don’t have too much of interest and the few potential destinations are too expensive for our budget.

While crossing these three countries we also crossed quite a few different climate zones. Gabon consisted mainly of rainforests and savannahs. The roads were mostly good (thanks again China) except for the last 50km to the Congolese border. Of course that was the part we had to drive back and down again as there was no information that you had to get the exit stamps in the last town and not at the border. With dirt roads that means almost a full day wasted…

While driving through the Gabonese rainforests we also crossed something else, the equator. No fancy tourist stop, no line drawn on the ground, but at least they had a sign. The sign was covered with stickers from other overlanders and of course we added our own mark as well.

Crossing Congo was mainly savannahs, plains, and hills. Mostly dirt roads but also a bit of brand new tarmac along the main highway (yes, the Chinese were here too).

The next border crossing was a bit trickier. Officially DRC doesn’t allow entrance with a visa that isn’t issued in one’s home country and they’re pretty strict about it at the major border post by the capitals. There have been stories about travellers who didn’t just get denied entry, but who got a big VOID stamp on the visa. Remember which visa I mentioned in the previous post as the most expensive one on the trip? Bingo, this one.

There is a trick though. In the smaller border posts they either don’t care or can’t tell the difference. I’m not sure which one it is. We went for a tiny border crossing up in the hills following some terrible dirt roads. Not many places along the road to camp either so we set up camp on the road. There wasn’t really any traffic anyway. Only occasional motorbikes. But we did manage to cross the border here and are now in DRC!

DRC was mainly more hills, rainforests, and dirt roads. The roads varied from pretty alright to really bumpy and almost non-existing. We were pretty lucky with the weather though. A few good showers and the roads would’ve gone from dirt to impassable mud tracks.

In DRC we crossed another big geographical landmark, the Congo River. We did the crossing with a tiny ferry that looked just big enough for two trucks. Except for two trucks they also managed to squeeze in a car and a load of people. Not sure what European safety standards would say about this, but this is Africa!

Eventually we got to the Angolan border with 5 days to spare before the visa expired. Only one issue left; the bridge across the border was broken. We had to wait a few hours for them to fix it but finally we could cross the bridge, get exit stamps, and cross the border just after immigration in Angola closed. The immigration officials were really nice though and let us camp in the secured area by the office and even helped us out in getting some beer from the closest shop. We got the entry stamps first thing the next morning and are now good to go for Angola!

Next: The Beaches of Angola