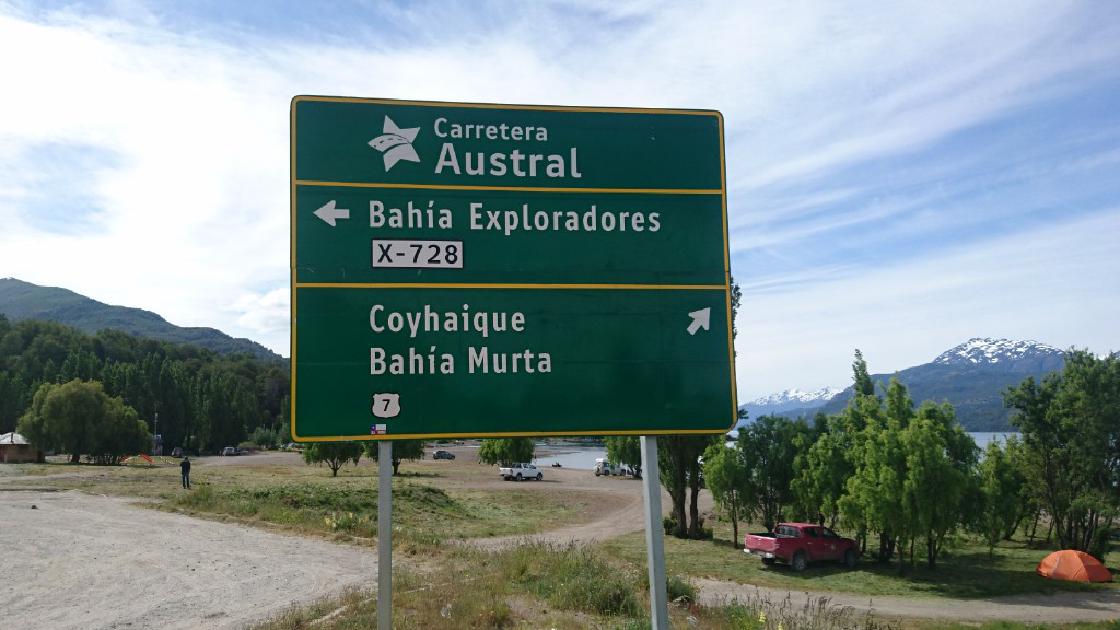 Travelling north through Chile along Carretera Austral, the southern road, with stops here and there for some amazing caves, hot springs, and local beer.

My feet were pretty sore from all the hiking, and even if mountains and glaciers are amazing it was time for a change of scenery so I decided to move north fairly quickly along the southern road, the Carretera Austral. That’s easier said than done in this part of the world though with many buses and ferries only operating a few times a week and with most of the more than 1000km of road being windy gravel roads. They have a saying around here. “If you are short on time in Patagonia you are wasting your time”.

The result was a pretty lazy week with more or less voluntary stops in various places. All the stops had their charm but one or two days were enough for each of them. Patagonia is expensive.

First stop was Cochrane, a small, cosy town. Mostly a stop to relax between all the long bus rides and to figure out the next few days. I tried both of the beers at the local microbrewery and also visited their Hollywood sign.

Next stop was the one stop I really had planned for in the area, Puerto Río Tranquilo (or Río Tranquilo, or Puerto Tranquilo, the three of them seemed to be used fairly interchangeably) and also one of the highlights. A small tourist town among lakes and mountains in the middle of nowhere.

The main reason to go here is the Marble Caves. Ever since I saw a photo of this place it’s been on my list of places to visit and it didn’t disappoint. It’s a crazy mix of colours and patterns in the rocks, and it goes perfectly with the light blue water. The area also has some pretty amazing rock formations that I got to see from the same boat tour. This place is definitely worth a visit!

Stop number three, Coyhaique (it took a while to figure out the pronunciation). The first larger town in quite a while but not so much to see. It seemed to be more of a pit stop for most travellers to fix up cars or bikes roughed up by the roads. But they do have quite a bit of local beer so at least I had some beer tasting to do. Conclusion so far is that ALL beers in Patagonia are pretty sweet and could do with some more bitterness.

Stop number four was Chaitén, not to be confused with El Chaltén from last week. Many travellers confuse them when I tell them where I went. Most of the town was damaged when the volcano just out of the town erupted in 2008 and the result is a mix of completely new buildings together with ruins that simply were abandoned.

There are possibilities for exploring the still active volcano but the weather wasn’t too inviting when I was there. Pouring down rain. But volcanic areas usually provide another tourist attraction that can be pleasant even in the rain. Hot springs!

The next bit felt a bit like cheating as I skip the last bit of the Carretera Austral and take a direct ferry to Puerto Montt instead. But half the road is ferries anyway and going directly is cheaper. And the weather forecast says rain for a few days. No point in staying around longer. And that’s the end of Carretera Austral.

Next: Hiking a Volcano