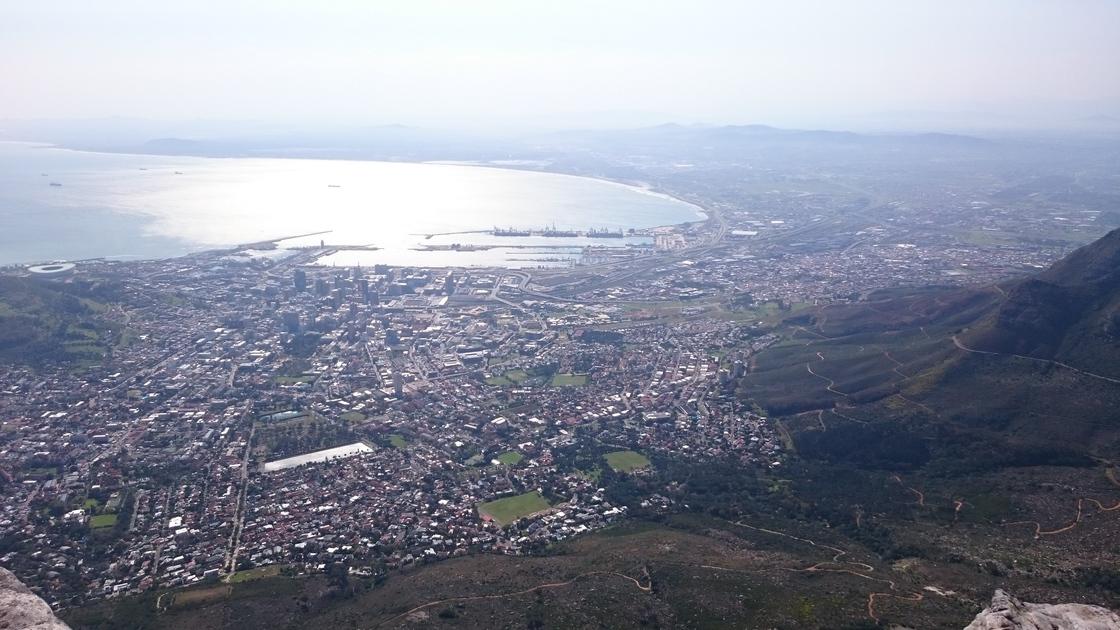 The End of a Trip

Time to head back to work in Sweden after almost eight months and ~20 visited countries. Only a quick stop in Cape Town remains before a long flight home. Emirates upgraded me to business class though, so the flight wasn't too bad.

After eight months of travelling it’s time to head home and get back to work, but due to how the flights were booked Andreas and I still had a few more days to explore Cape Town.

Since Andreas never got the time to visit the city (we went straight for the Garden Route when he arrived a few weeks ago) we went wandering, including a look around the Cape Town Waterfront. This time I managed to get some better photos as well as my phone camera was really messed up last time.

One of the main sights in Cape Town is Table Mountain, an ancient mountain just by the city with an almost flat top with its own unique eco-system. There is a hike, but we were lazy and short on time so we took the cable car up instead. But we did at least walk to and from the cable car, which is still a bit of a walk at least.

Table Mountain has a nice walk around the flat top with great view of Cape Town, the “lion” that I hiked up a few weeks ago, and the cape from which its name comes, and it’s definitely worth a visit. It is however super touristic, a bit over-hyped, and it can get pretty crowded so if I ever do head up there again I will most likely try for the hike instead of the cable car and try to go early enough to beat most of the tourists.

Now only one last thing remained. We wanted to end ou stay in South Africa with a proper braai. Braai is the South African version of a barbecue, and it’s almost religion here. Saying that a Braai is just grilling some meat would be blasphemy equivalent of saying Swedish Fika is just having a coffee. All Swedes reading this will understand.

As a result of this it’s easy to find high quality meat at really good prices, both in supermarkets and in restaurants, so Andreas and I went to a braai restaurant and had a mixed grill platter each which by itself was a big meal, followed by a 200g steak. Meat sweats and slightly aching bellies, but both really happy. South Africa is a must-visit destination for all meat-lovers!

That was the last thing we did in Cape Town. Time to get to the airport and fly back to Sweden with a few hours transit in Dubai. In Dubai I got a final nice surprise. My seat was double-booked, so I got upgraded to business class. After most of the legs of the journey being in a bumpy and pretty uncomfortable truck, and being tired from the flight from Cape Town to Dubai this was very welcome. Comfortable seat, larger screen for movies, and noise-cancelling headphones included. Doesn’t matter that it was 8 in the morning; bring the champagne!

Quick summary of the trip:

Previous: Splurging myself at Vic Falls

Next: Going away for Christmas