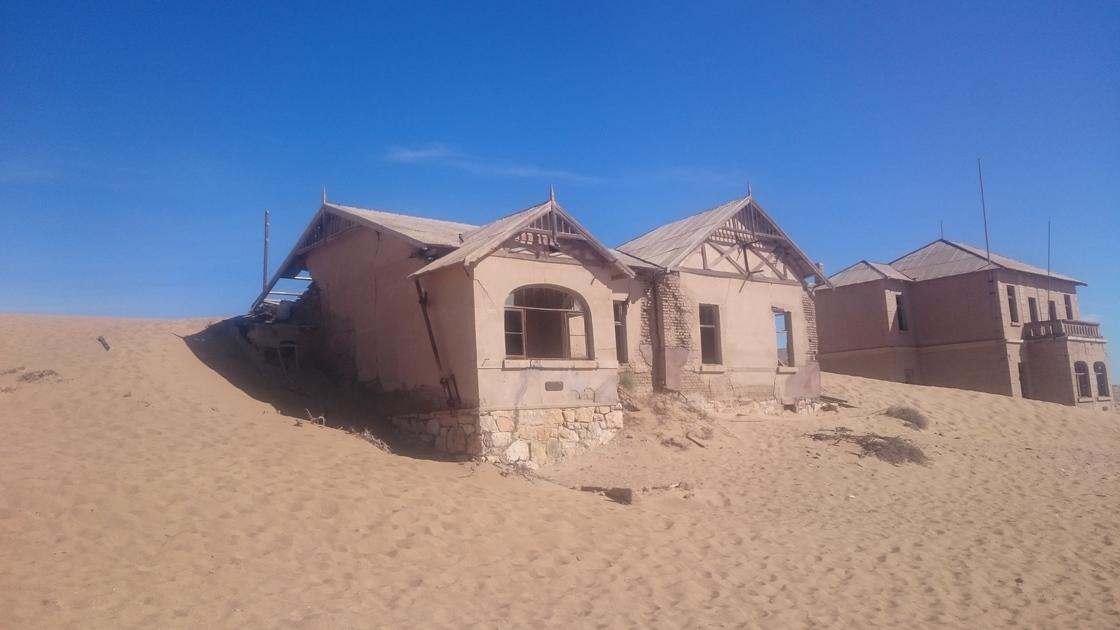 Second Breakdown, But We Made It!

The truck breaks down, but after a days work it's running again. We visit an old ghost town, Fishriver Canyon, and make it all the way down to Cape Town. The trip is now officially over.

Of course the truck had to break down a second time. This time the transmission box started leaking oil. Luckily this was one of the parts we had a spare of and after less than a day’s work on the roadside it was replaced and tested. Not only did it work, it also got the pedometer that hasn’t been working since Morocco going again.

A few days later we arrived in Lüderitz, a small and cosy town on the coast. We stayed at a really nice campsite on Shark Island and spent a day strolling around in the town. Shark Island used to be the location of one of the German concentration camps during the Herero and Namaqua genocide but is today a peninsula with a great view of the town, the ocean, and the sand dunes in the distance. Might be one of the best views from a campsite on this trip.

On the way from Lüderitz we stopped at the main sight of the area, Kolmanskop. Kolmanskop is an old diamond mining town which was abandoned and is now a ghost town slowly being eaten by the desert. Pretty amazing place, and we were allowed to walk around and explore almost everywhere.

The next and last stop in Namibia was Fishriver Canyon, the largest canyon in Africa. Some pretty impressive views on par with Grand Canyon. I got a few good shots, but unfortunately this was where the camera on my phone started getting a bit messed up. A lot of blurry photos from here on. But I’m still surprised my phone survived as well as it did this trip.

Parts of the group went for a last hike together up to the lion’s head, a mountain pretty much in the middle of Cape Town with an amazing view. The weather turned pretty bad so we never made it to the top, but we still got some really good views.

There are pretty mixed feelings about the overland trip now being over. It’s been a great trip and I’m really happy I did it. At the same time it will be nice not to be in the truck all the time, and even though the group has been amazing (love and hate you all!) it will be nice to get away too.

But just because the Vikings Across Africa-trip is over doesn’t mean that my trip is over quite yet! I still have a few weeks left before I fly home…