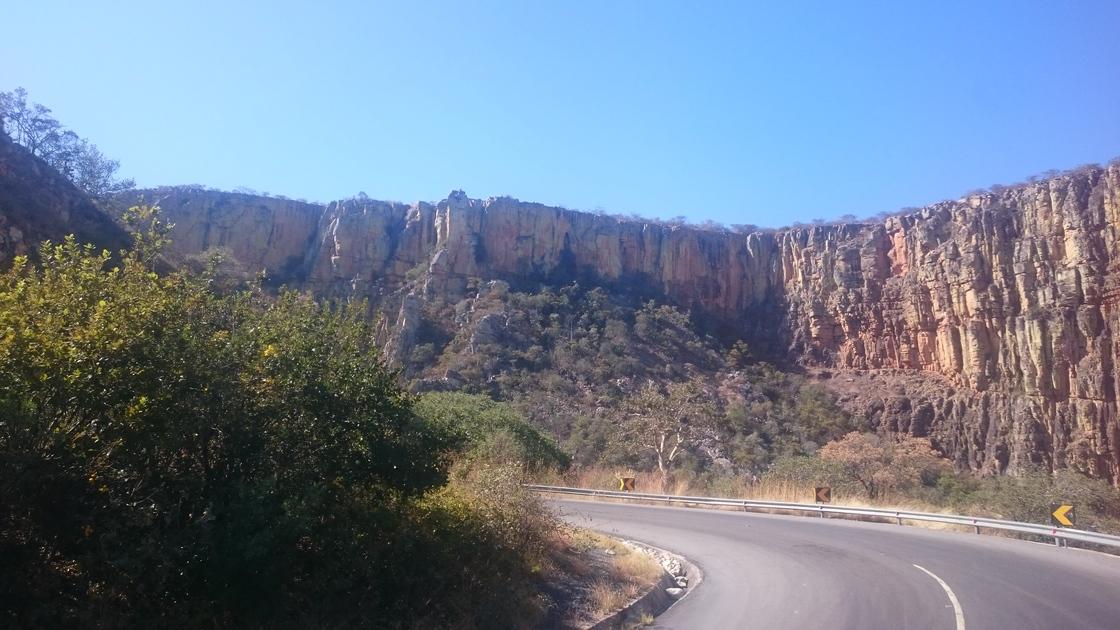 Driving through Angola towards the Namibian border with a stop in Lubango to see their Hollywood sign and Jesus statue. In Namibia we spend a few days on a Safari in Etosha National Park

Angola is a pretty big country so it took us quite a few days to reach the Namibian border from Lobito. With the topography of southern Angola being pretty much flat lowland, flat highland, and a mountain range in between we had many hours of flat driving on sometimes ridiculously straight roads, followed by some really scenic mountain passes and climbes to gain about 1km of altitude for the highlands, followed by even more flat land and straight roads.

On the road to the border we made a stop in Lubango, the second largest city in Angola. The city is most famous for having the third largest Jesus-statue in the world after Rio De Janeiro and Lisbon. Of course when there’s a hill overlooking the city you also need a Hollywood-sign.

After another day or so we reached Namibia. No visa required and people speak English! Time for a much easier and more relaxed part of the trip.

The first stop in Namibia was Etosha National Park, the second game park on the trip and considered one of the best game reserves in Africa. Unfortunately all the campings in the park were fully booked so we had to stay in a campsite outside of the park most nights. But we did at least get one night in the park and with that one sunset and sunrise by a waterhole where we got to see elephants, rhinos, and even a few small wild cats.

But even though we couldn’t spend that many nights in the park we still had several days of driving around in the park and got to see plenty of animals including giraffes, jackals, ostriches, various antelopes, and we were even lucky enough to see a few lions. If only I’d gotten to see a leopard it would’ve been perfect. It was a few really good days though so I guess the leopard will have to wait for another safari.

That was the first couple of days in Namibia. There’s plenty more to see and do here so it will be at least two more weeks before we drive on to South Africa.

Previous: The Beaches of Angola

Next: Germany with Palm Trees and Sand Dunes