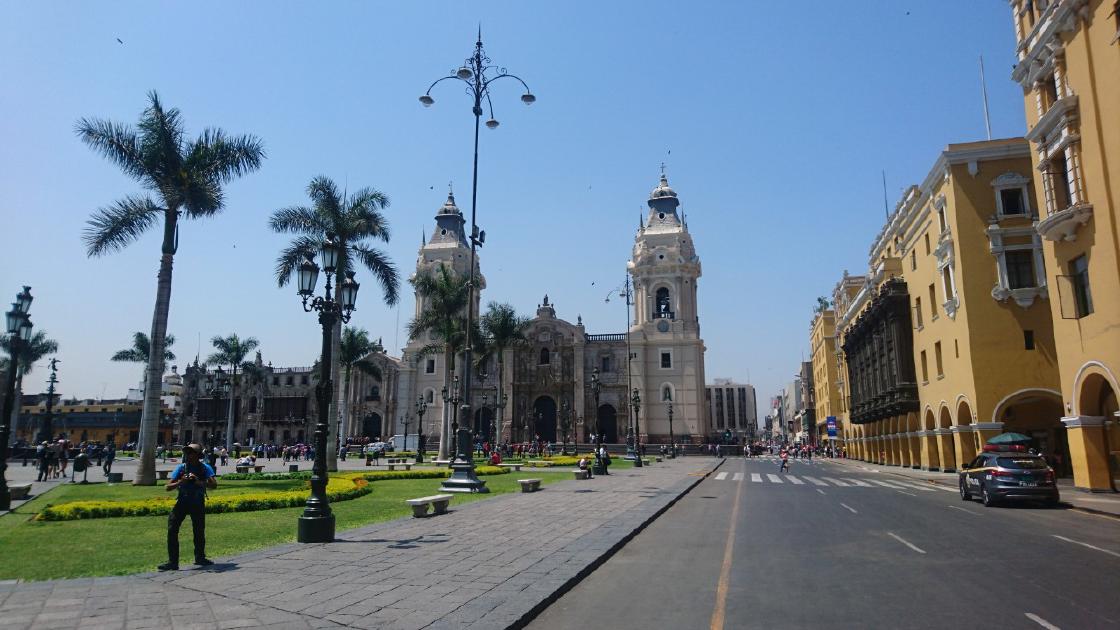 I ended up spending about 1.5 weeks in Lima, the capital of Peru and one of the megacities in South America with a population of about 12 million people.

My first impression was that I really didn’t like the city. It’s too big, too busy, and too expensive by Peruvian standards. But after a while it grew on me and it is a pretty good place to hang around after all. The only annoying thing is that the distances are pretty big everywhere and public transport not super good. But I guess all the walking is supposed to be healthy.

I stayed in the area Miraflores, the richest and most touristic area, but also the most expensive. It’s also close to the coast with a really nice coastal walk up on the cliffs overlooking the many beaches. The beaches are pebble beaches and not the best ones with a major road just next to them, but still good enough for a few hours in the sun. Some people even went for a swim but the water was mostly filled with surfers. Apparently Peru is a great place for surfing.

In the centre of Miraflores there is a park that I was told to be a cat park. The park is only a few blocks big but supposedly home to over a hundred cats that get fed and are taken care of there. I walked by or through it several times and each time I saw at least five cats, usually more than fifteen, all looking happy and healthy, and some of them even looking for tourists to pet them.

I didn’t only stay in Miraflores though. The next neighbourhood to the south, Barranco, is known as the more bohemian and artsy area and also has some nice sandy beaches. Plenty of street art on some of the streets and also a good beer tasting at one of the local breweries.

No visit to Lima is complete without visiting the historic centre and old town. This turned out to be pretty far away from Miraflores, about 10km by bus. This is a BIG city.

The free walking tour was however only covering a pretty small area. I don’t think we ever got further than 3 blocks away from the Plaza de Armas. We stopped there to watch the changing of the guards and it was really crowded. Only an hour later the entire square was closed and emptied. Apparently this is pretty common. The guide told me that protests are illegal in Peru and every time a protest starts they shut down the entire square.

On the way back to Miraflores I stopped at a water park that has shows every evening. I expected colourful fountains and water sprays and it had all that, but they took it one step further projecting movies and pictures on the water spray to tell the history of Peru.

Peru is mainly a catholic country and I was staying in Lima over Easter. Many places still did business as usual but a lot of places were closed as well. I was surprised to find that places like Burger King and Pizza Hut were closed on Good Friday while the video game shop next door was open at 9pm. Opening hours are a bit weird here.

But Good Friday also means procession. I wasn’t looking for it but just happened to run into one just next to the cat park. No cats in the procession though as far as I could tell.

That was all for Lima. Tomorrow I’m heading further north!

Next: Beaches, Mountains, and the Equator